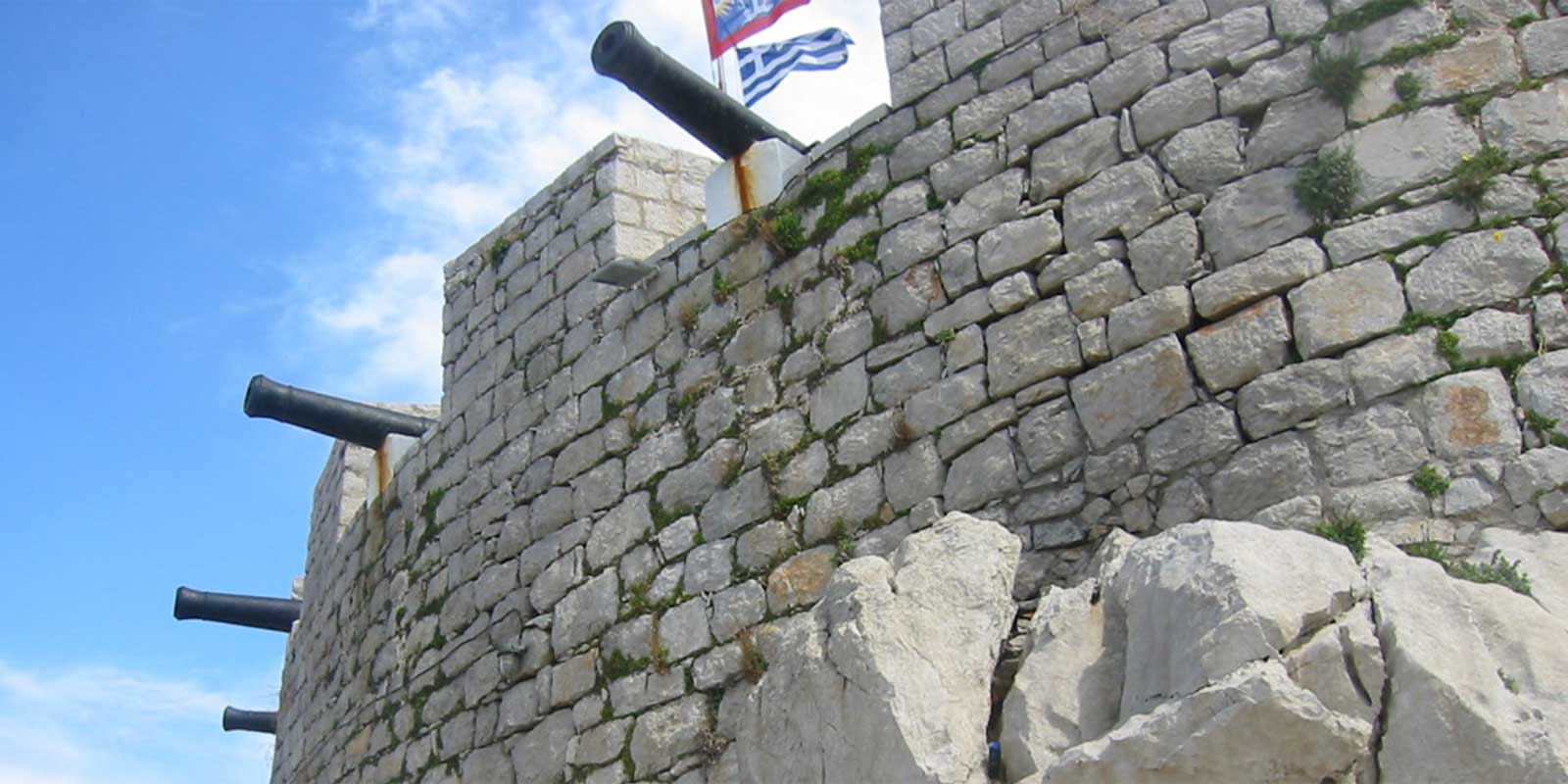 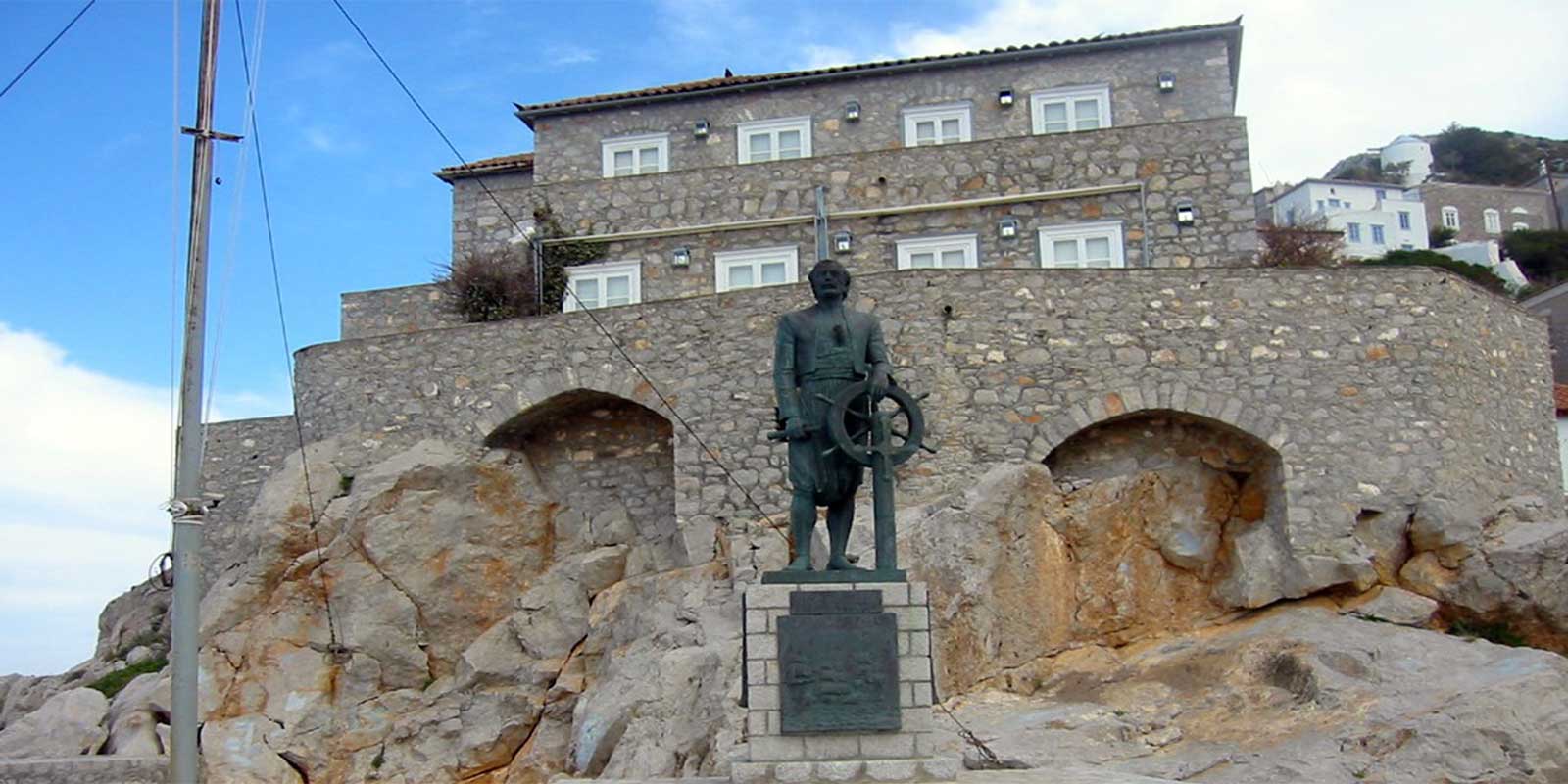 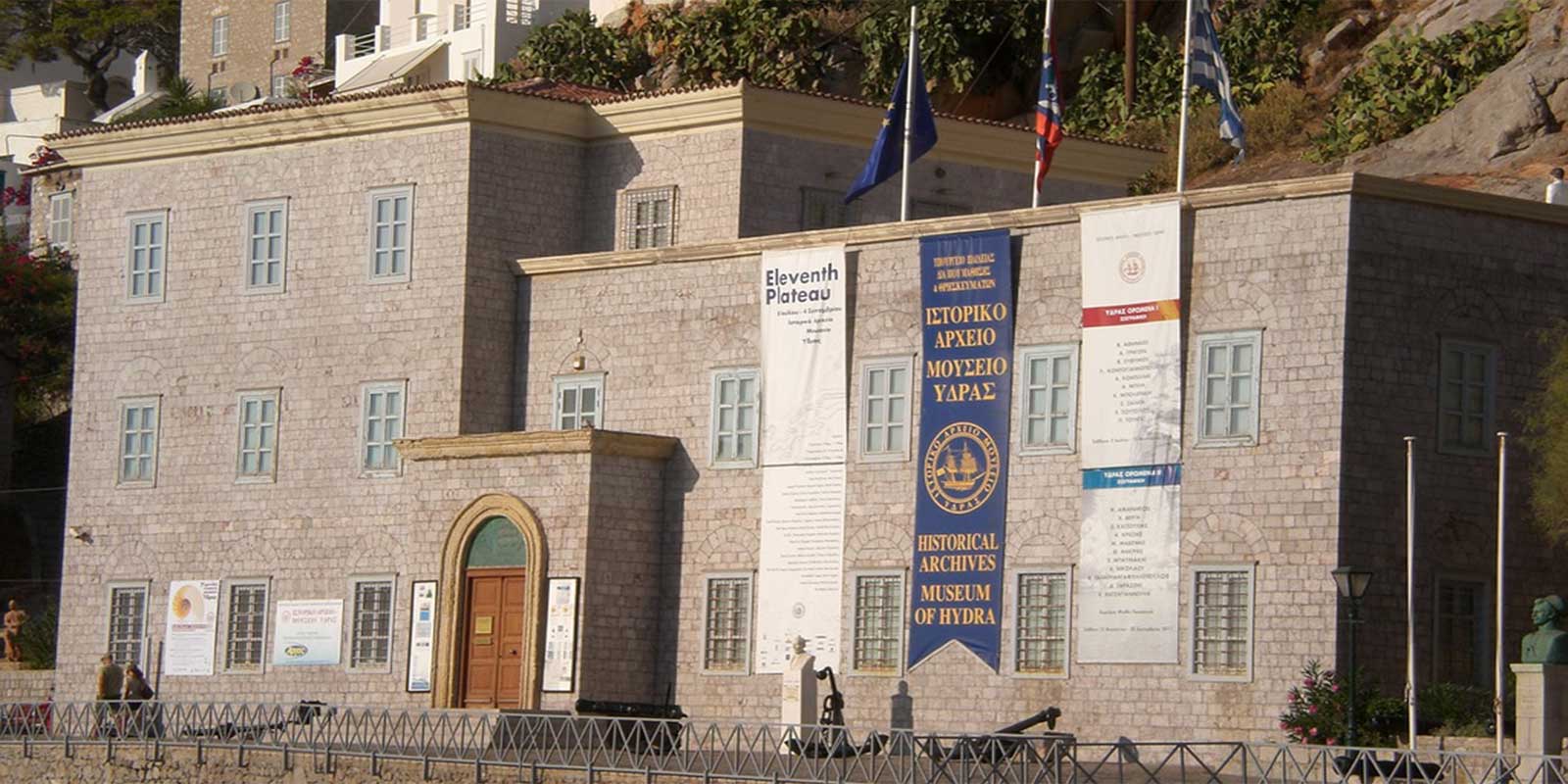 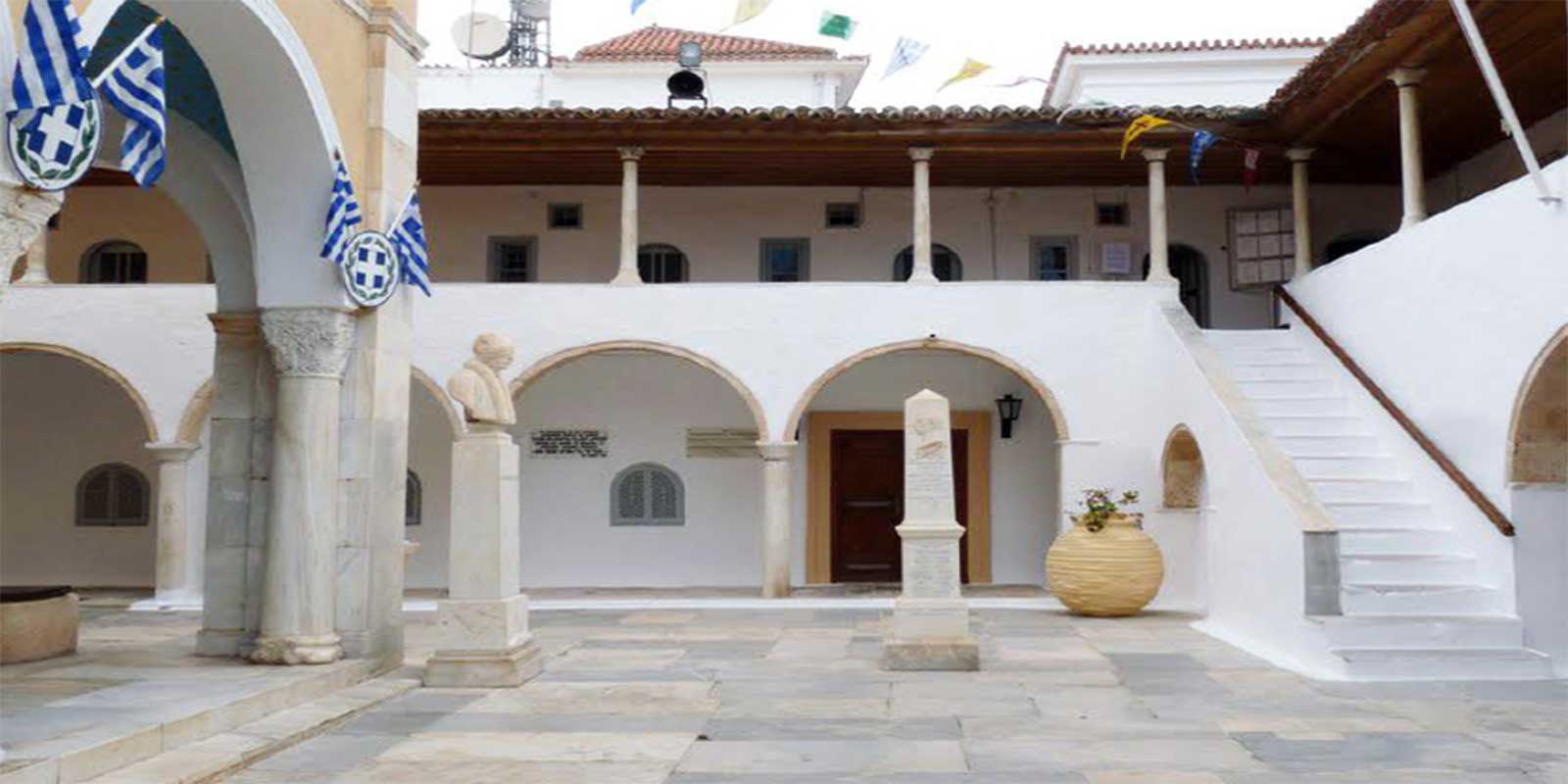 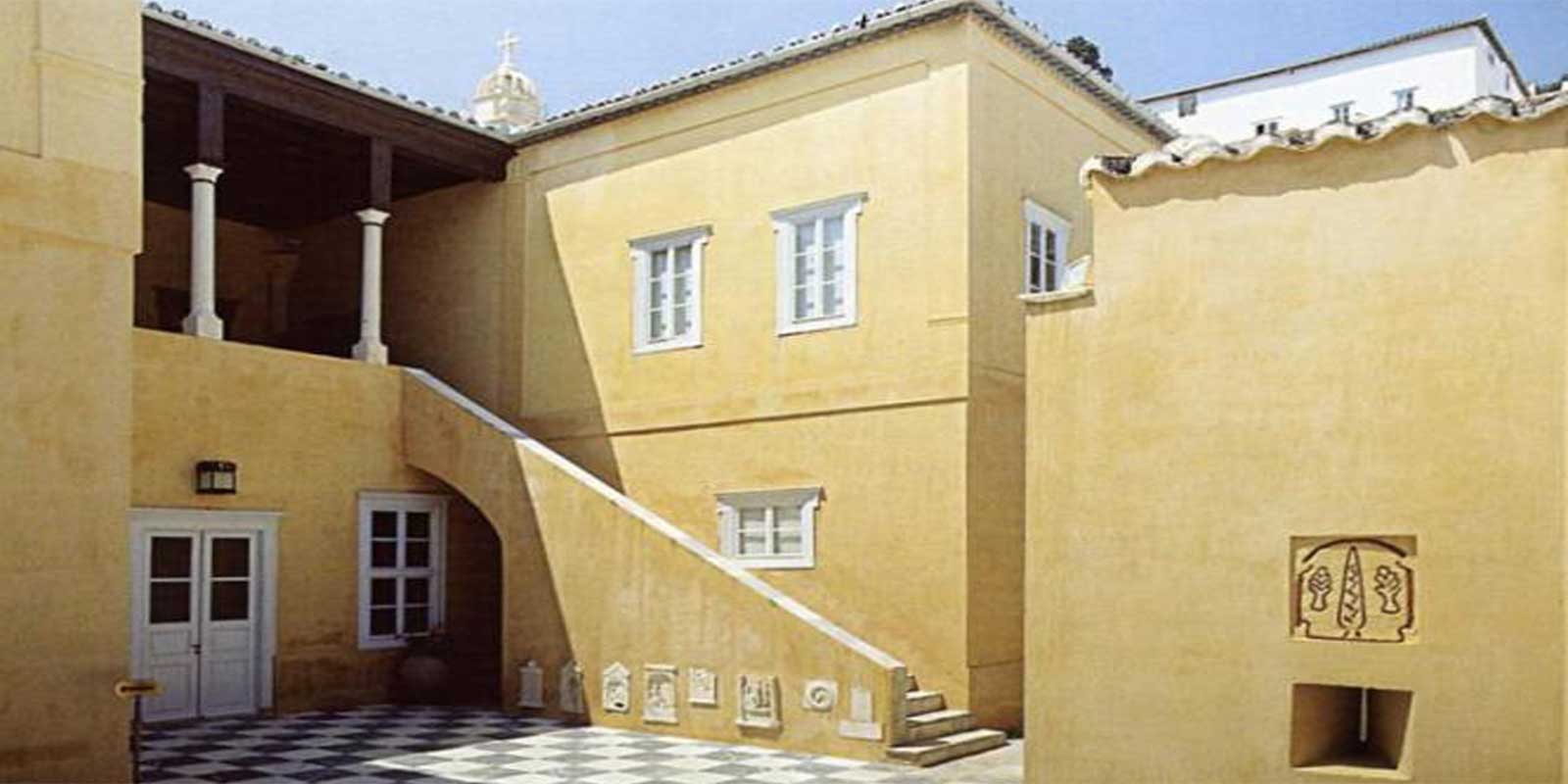 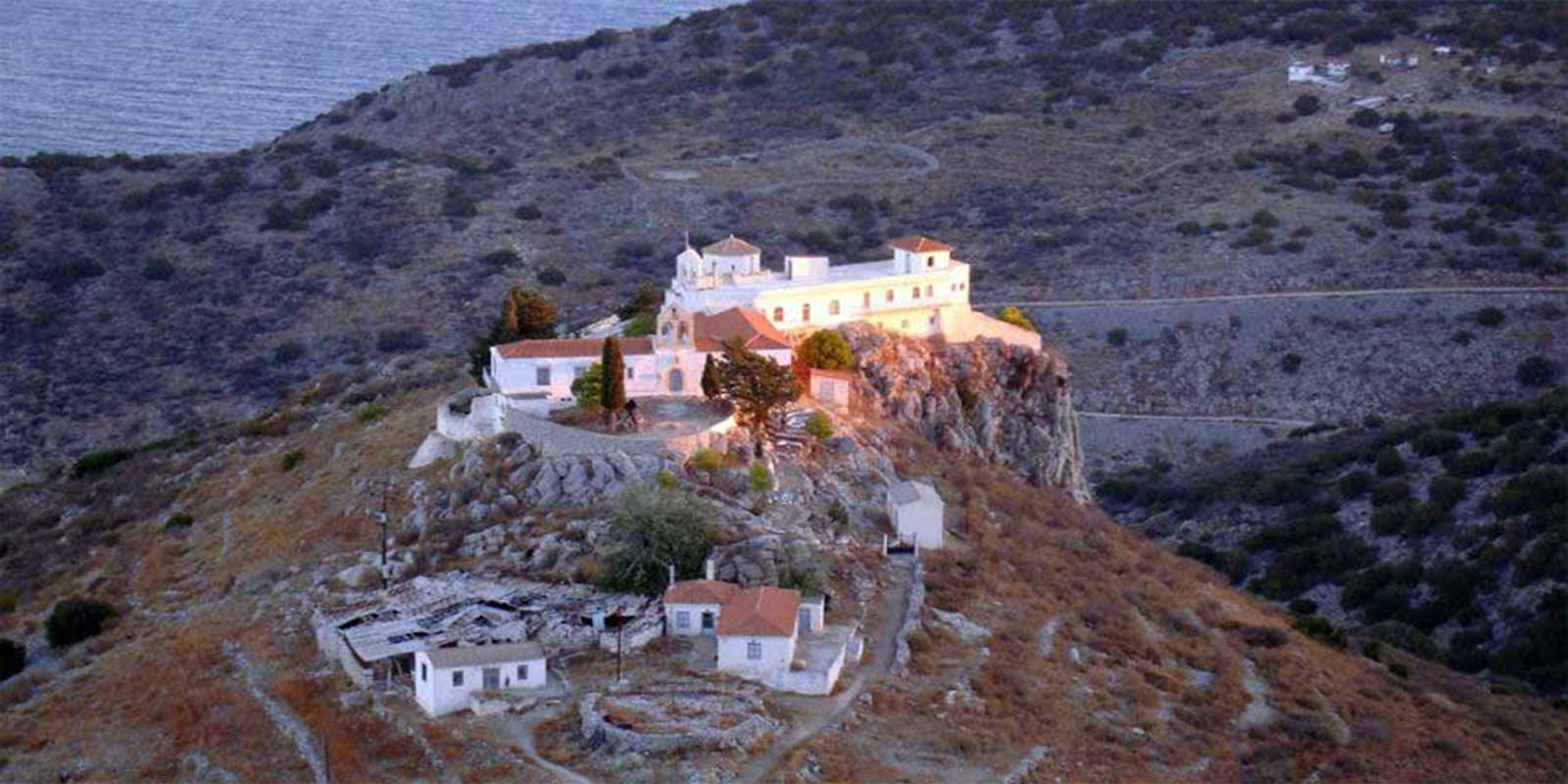 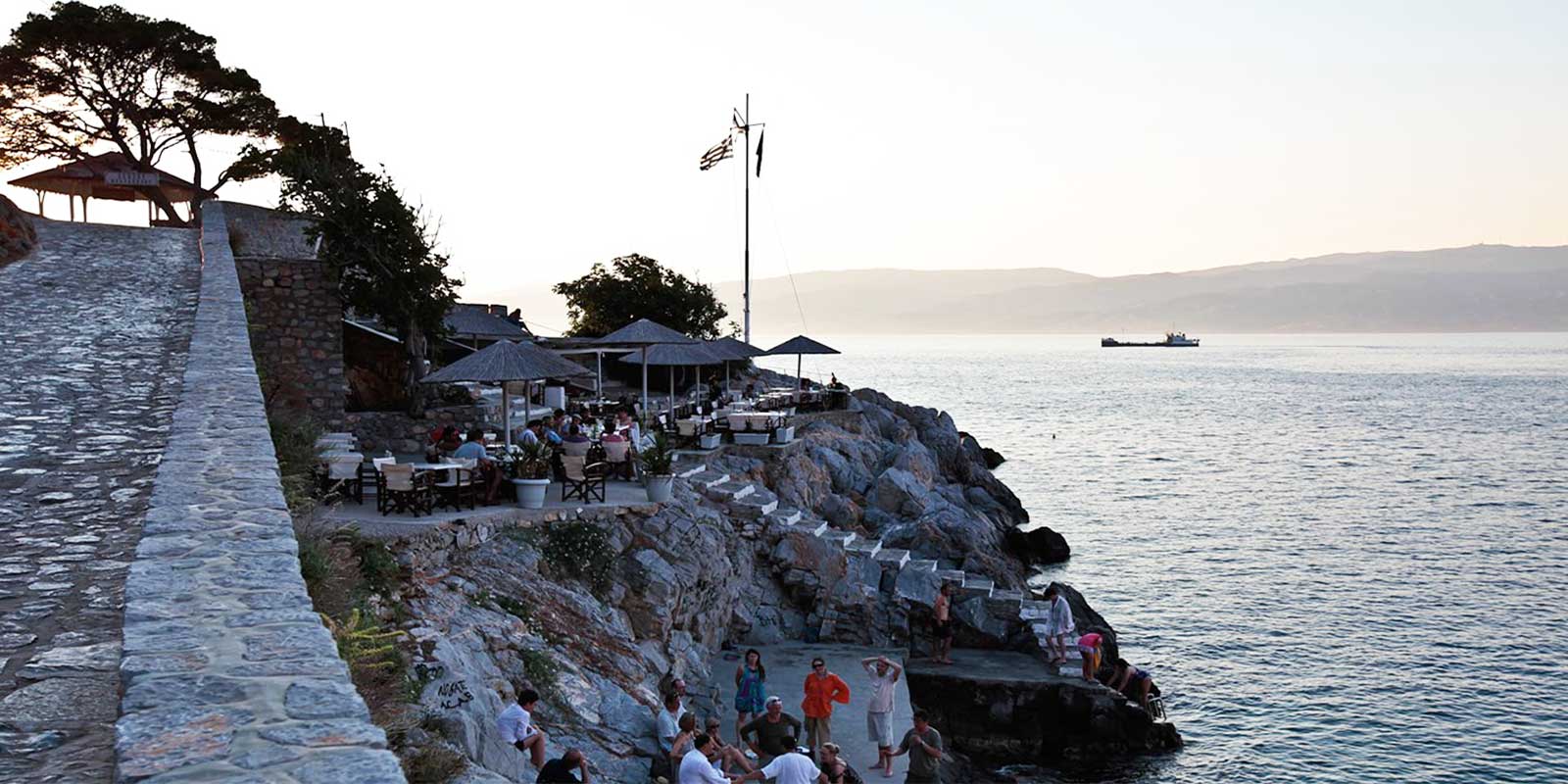 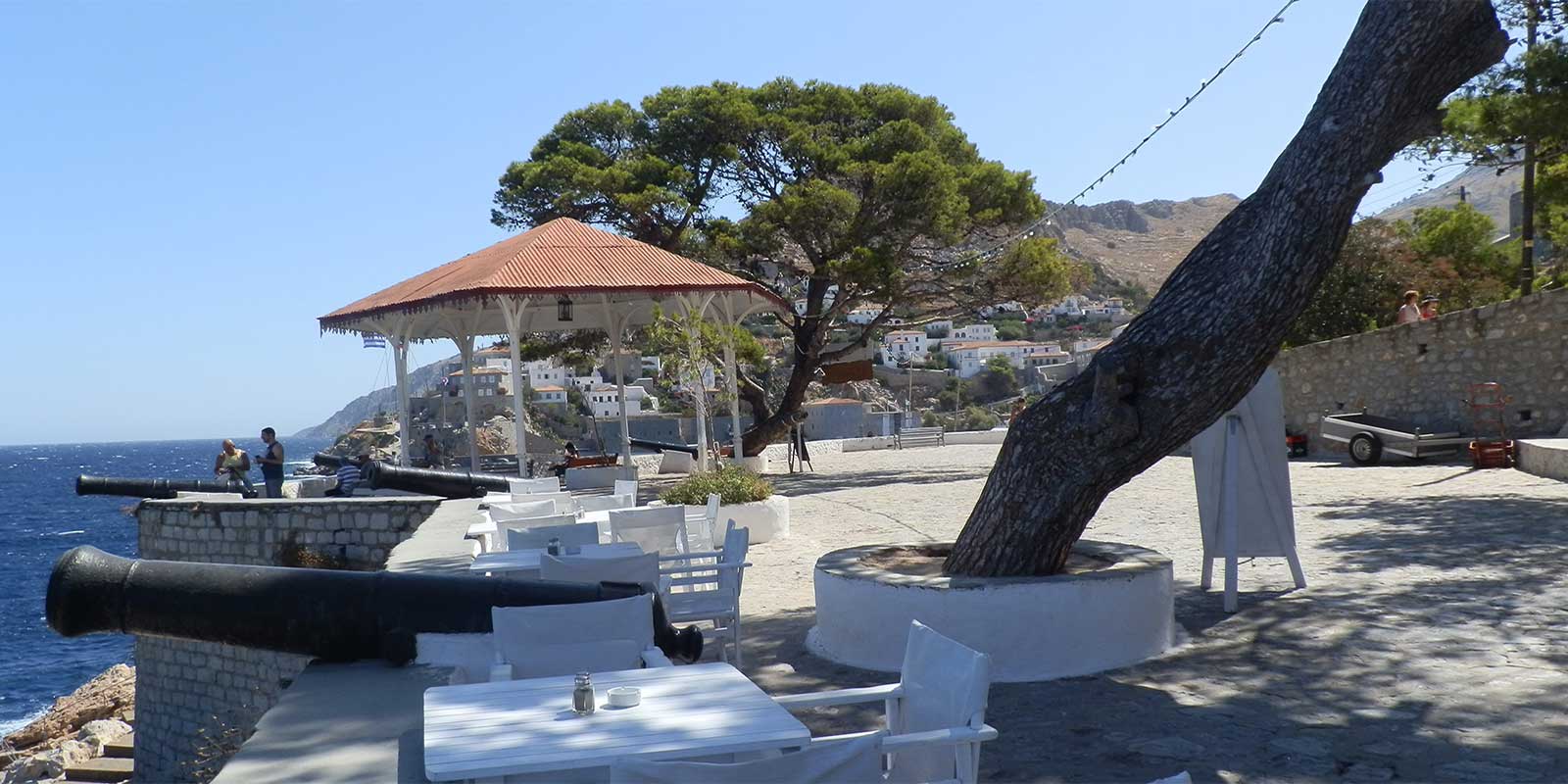 The beautiful roads and alleys, paved with slabs and the houses, adorned with flowers, give to the island of Hydra a touch of magic and a romantic mood.

Its worth visiting the Manors of the Island, buildings over 200 years old, from which the mansions of Pavlos and Lazaros Koundouriotis, Tombazi, Tsamadou, Kriezi, Voulgari, Bountouris stand out ...

As well as the Bastions with the cannons, right and left of the port, that protected the settlement of Hydra.

Definitely the Historical Archive-Museum of Hydra , which operates daily and displays important museum relics, archival material and a library with valuable publications.

Visit the church of the Assumption of the Virgin (17th century) with the Ecclesiastical and Byzantine Museum which is located right in the center of the port. It stands out from the large clock on its high bell tower which announces major religious events.

Finally you must visit the historical house of Lazaros Kountouriotis in which there is the branch of the National History Museum, the house of George Koundourioti in which operates the Museum of Post-Byzantine Art and History of Hydra, the house of Emanouil Tombazis & Ksanthi Saxini in which operates a branch of the School of Fine Arts and the Art and Concert Hall "Melina Mercouri" which hosts works by famous artists all year round.

It is worth looking at the port from the hill, to admire the sunset from the Pavilion and from the "Spilia" , but also to visit the 6 Monasteries and the 300 Churches of the island.

Especially to visit, at an altitude of 500 meters in the area of ​​Eros, the twin Monasteries of Agia Eupraxia and Profitis Ilias that in 1825 Kolokotronis and other fighters imprisoned for a while, the Monastery of the Holy Trinity , the Holy Matrona , the Saint Nicholas and the Virgin of Zouvra located in the eastern part of the island.

Also the Churches of Ypapantis and Ai-Giannis the Fasting with the magnificent frescoes of the 18th century and the beautiful domes resting on marble arches.

Finally visit at the top of the hill of Kiafa the Church of St. Constantine of Hydra with wooden carvings and gilded iconostasis, built on the site where was the house of the homonymous Saint. 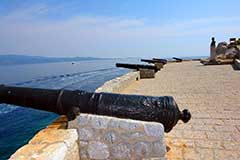 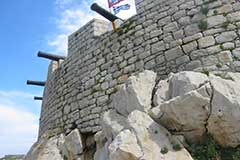 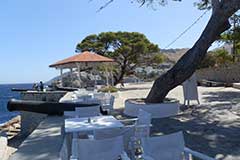 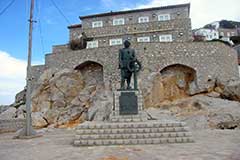 The statue of Miaouli 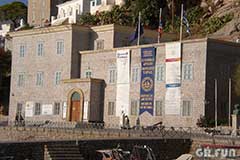 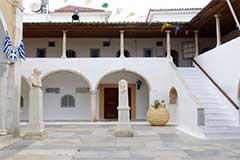 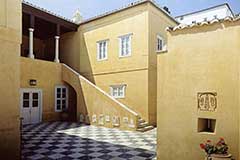